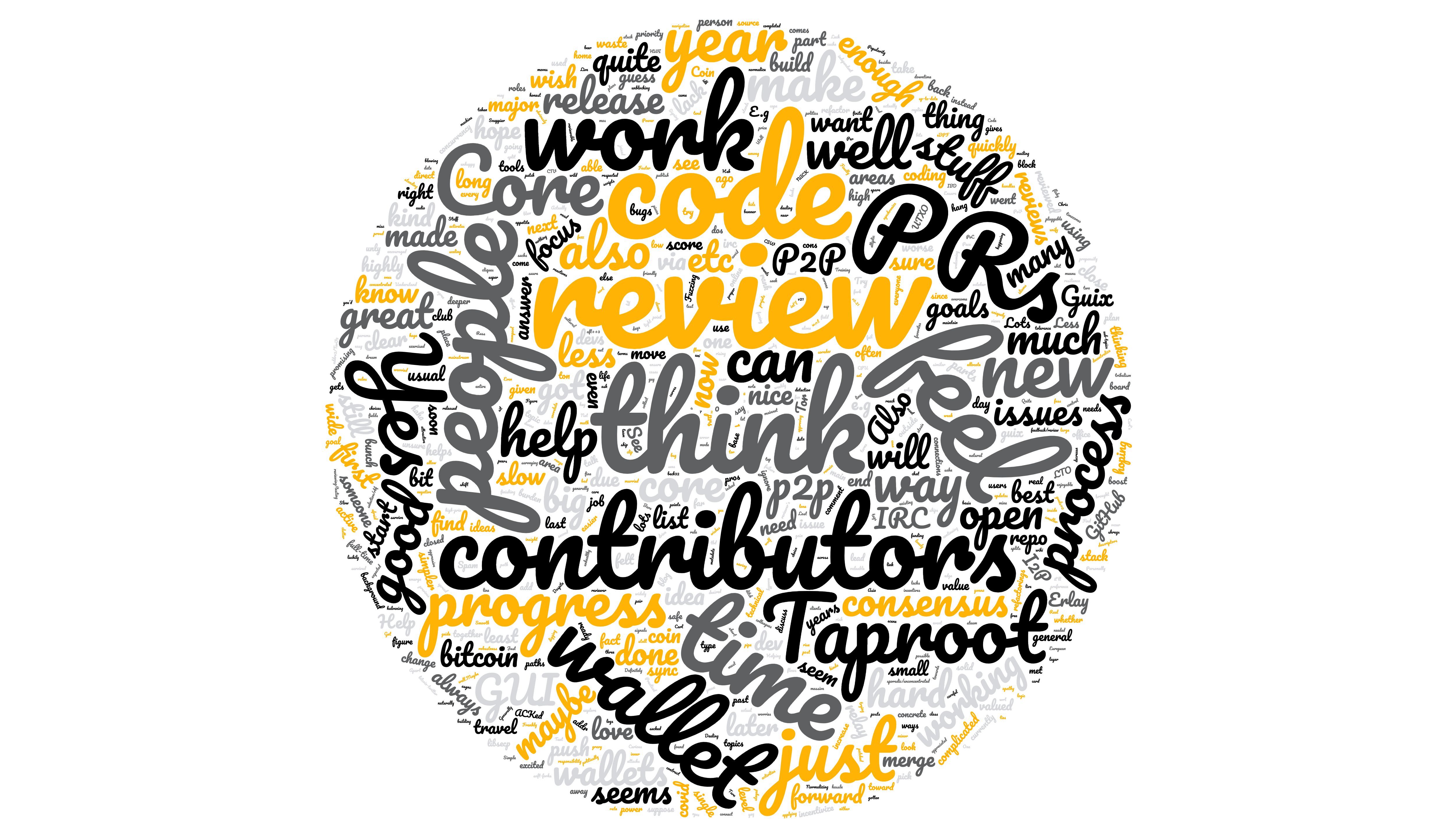 For a second year running, regular Bitcoin Core contributors received a survey to surface priorities and ensure that people feel that they’re able to contribute effectively. Below is a similar presentation of the results in a format similar to last year’s survey.

*A regular reviewer must have left >= 5 comments

The questionnaire consisted of 12 questions, which included:

27 contributors (-4 from 2019) completed the survey. A word cloud from their comments is posted as a banner at the top.

Areas of frustration/disappointment in 2020 included

Changes to improve the process/project

Mentorship is one way to accelerate the acculturation and technical onboarding of new devs, who multiple respondents identifited as bottleneck of the project.

When asked whether they would be willing to mentor:

There were a number of topics that contributors would like to learn more about, including:

If/when there are face-to-face meetings again, respondents would like to discuss:

Review (again) was the most common theme found in the answers. The word ‘review’ was mentioned 62 times across the 27 responses. Below are some bucketed themes.

Lacking deep review, not having a deep bench of reviewers:

A thread of contributor isolation ran through many of the responses. Missing the Core Dev meetups appeared in multiple answers, and it is clear that the weekly IRC meetings are not a suitable substitute for meeting face-to-face.

Thank you to the contributors that took the time to offer their candid responses. Hopefully, this can be a useful artifact to refer to when prioritizing work suggesting process improvements. I look forward to reflecting on these answers throughout the year and reporting on a similar survey in early 2022.