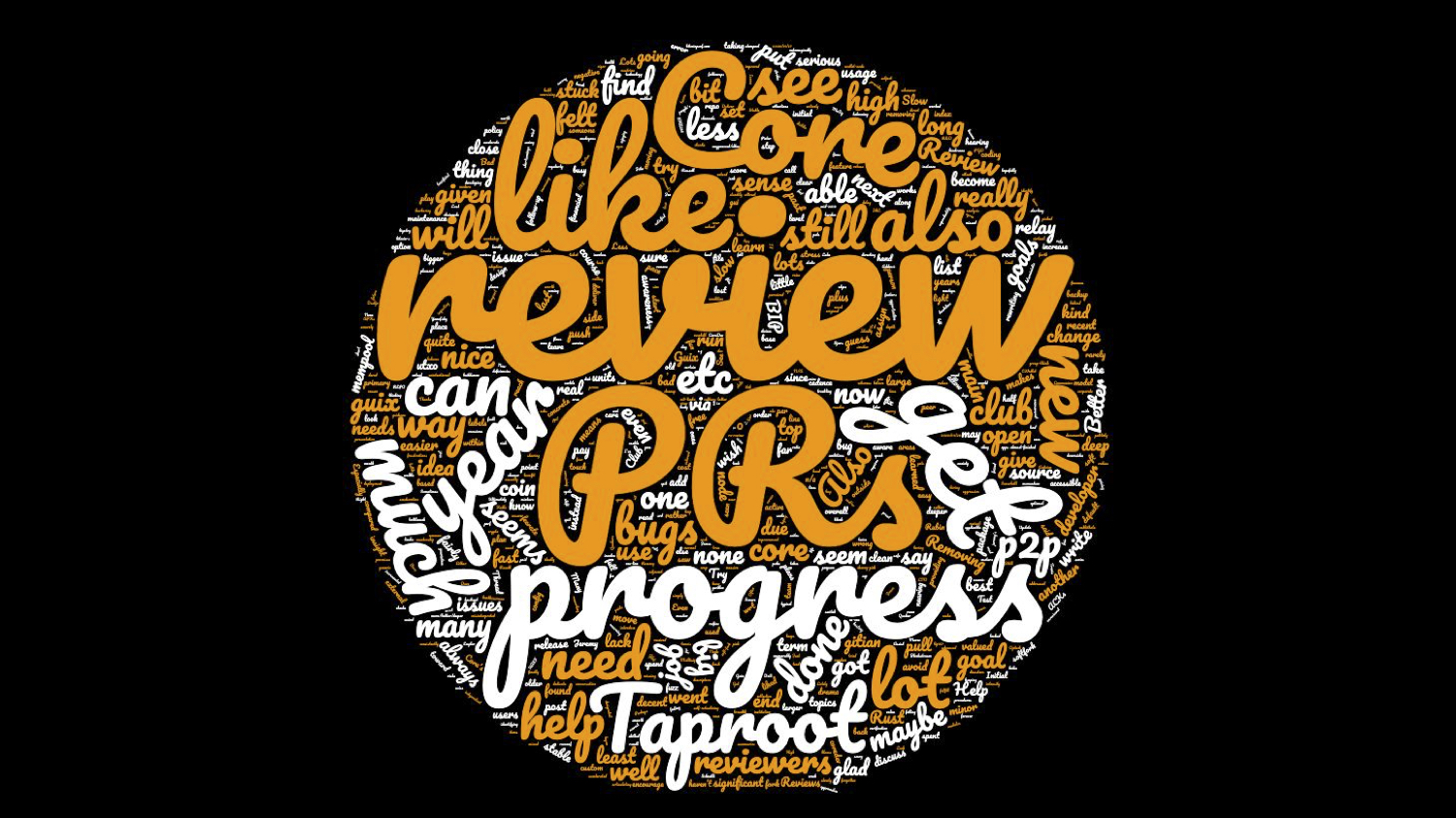 In January, John Newbery sent out a Bitcoin Core contributor survey in preparation for the March Coredev meeting, which was later canceled due to COVID-19. Given that the year is coming to a close, I thought it might be good timing to retrospect on those responses (even though they are now somewhat outdated) in preparation for another survey in early 2021.

For those that prefer video to the written word, I’ve prepared a 10-minute presentation. (The contents are roughly the same.)

The questionnaire consisted of 10 questions, which included:

31 contributors left responses. A word cloud from their comments is the banner at the top.

When asked to rate how happy the respondents’ were with overall 2019 contribution (on a scale of 1-5), the mean was 4, and the median was also 4.

Project areas for improvement from 2019 included:

When asked to rate how happy the respondents’ were with their personal 2019 contribution (on a scale of 1-5), the mean dropped to 3.55, and the median remained at 4.

Personal areas for improvement from 2019 included:

Review was a central theme found in nearly all of the responses. The word “review” appears 80 times among the 31 answers. Below are some quotes that I’ve bucketed into themes.

Shying Away From the Hard Stuff:

Thank you to John Newbery for coming up with the idea and sending this out in January. Surveys of this sort are most valuable when contextualized by responses over time. Together with John, I look forward to sending out a similar questionnaire early in 2021 and presenting the results.